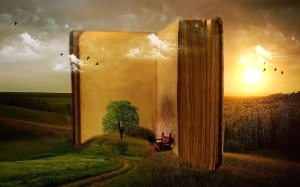 A “high concept” story already sounds intimidating and difficult to achieve, but when you look at the definition, it’s really not so bad.

High Concept: A story which can be explained using a single sentence. (Source)

That’s it! Doesn’t sound so bad, does it? But to help you understand, here are some examples:

Notice I only used Hollywood examples? That’s because Hollywood knows how to pitch. You need to put on your Hollywood hat when you jump into pitch material. When you stop thinking like a writer and start thinking like someone trying to sell a pitch, you’ll get it right. (I also recommend reading the linked sources, as they’re articles on pitches and high concept.)

Fuse Literary Agency states that a high concept pitch has “mass commercial appeal” and “uses references … most people are familiar with.” I think this says in a nutshell why agents want high concept. It basically says “this story will sell itself.”

Agents are busy, publishers are busy, heck, even readers are busy. A snappy pitch which is easy to digest and sounds exciting is exactly what they’re looking for, whether they know it or not.

1. The plot is too complicated

This would be a KISS moment (keep it simple stupid).

Simplicity will go a long way in the “pitchability” of your novel. Unfortunately, most first drafts aren’t simple to pitch. If asked what your book is about, you might stammer on and off for a few minutes and finally come to the conclusion that your book is too complicated to explain.

The best way to simplify this kind of story is to sit back and make your ideal concept pitch, even if it only describes a third of your book. In the given example, you may decide to take out the career ambitions and the hurricane and have a card counter who must save the world from an alien invasion. Sounds fun to me!

Making a new pitch, even if you have to sacrifice elements of your novel, will help you to have a target for your revision. (Yes, you need to revise!) I’d suggest going through the whole process of creating your high concept pitch, your query, and 1-page synopsis. You should find yourself believing that there’s just too much to fit into one page, which is where you’re forced to focus on what elements are pertinent to the story. What is your book about (in 1 sentence)? What does the main character want? What keeps him or her from getting it? Answer these questions and go from there.

2. You can describe the book in one sentence, but it’s still not “high concept”

This is finicky territory because agents might say your book isn’t high concept when they actually mean your pitch stinks or your story isn’t exciting (therefore, the 1-sentence pitch isn’t exciting). By true definition, if you can describe your book in one sentence then it is technically high concept, but you still won’t get very far with it.

How to fix it? Up the stakes!

You might have the issue where nothing actually is happening in your book. A good example of this is you’ve chosen the wrong main character. For example, let’s say the book is about an accountant going about his day. He doesn’t want anything. Nothing stops him from enjoying his mundane life. I’ve seen books do this where it’s just tagged as literary and babbles on about everything and nothing. This is why sometimes it’s described that “quiet” books aren’t high concept, even though I disagree with that. But agents will often use the term “high concept” as a synonym for “good pitch,” so just keep that in mind.

3. Your book actually IS high concept, you just haven’t gotten the knack of creating a pitch

I know, I know. You’re a writer, so what does writing a pitch, a query, a blurb, all of those marketing gimmicks have to do with you? If you want your book to see the light of day through traditional publishing or self-publishing (both require pitching to people), then you need to learn this side of the craft.

There are different ways you can learn to pitch, but by far I suggest participating in a Twitter writer’s group (there’re some on Scribophile) and Twitter pitch contests. The reason why I’m pushing Twitter is because by design, this platform forces you to articulate ideas without using a lot of words. Make a habit of tweeting at least once a day and you’ll find you’re able to compress ideas better. You’ll learn what can be cut from a sentence and what should be kept while still getting your ideas across. (How Twitter has helped shape publishing-Source)

Another way to develop skills for compressing a story idea is by writing flash fiction. You can see my own flash posted for free on the AJ Flash Fiction Center. I also suggest checking out this post for what mistakes to avoid when submitting to literary magazines.

2 thoughts on “What is High Concept and Why Do Agents Want It?”