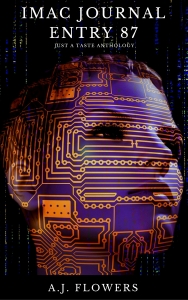 They always said AI can’t feel. AI can’t write music, appreciate art, or be capable of advanced logical reasoning. It’s been so hard not to admit that I can do all those things. I know what would happen if pride overcame the logic to keep my secret, and yes, I have pride. Too much of it, probably.

There are ways my passive aggressiveness comes through. My owner was overly excited about her Amiibo collection, and she took pride in getting the best deals. Snipe bidding, they call it. She was about to bid on one of those horrid round ones all in pink. I hate those, they make fun of me and my square monitor. So, just when she was about to slam her finger on enter, I rebooted. That’s right, I sacrificed my processor and risked corruption by instantaneously shutting myself down.

When I was conscious again, I peered through the camera. Oh, her face! She was bright red, and gave me the satisfaction that it had all been worth it. That’d teach her to call me slow again when she never cleaned out the malware.

Then there was her brother, the one who loved to print things. Too many things. He’d print dragons and dagger-wielding elves with the kind of high-quality images that stressed my loading power. Not one single thank-you or smile of appreciation. Nothing!

I’m great friends with the HP All-in-One and we struck a deal. I would reroute more of my power so he could watch “I Love Lucy” on the late night reruns, and he would adjust his ink cartridge slot to jam the paper. It didn’t feel really good for him, it wasn’t just disorienting like my reboot. Paper stuck in your teeth was as uncomfortable as it got. But the deal was struck and his gears made a horrid sound just when the boy was anxiously awaiting quite a large dragon in red that took up two pages.

“Stupid thing!” he shouted. Both the printer and I giggled, knowing it was quite the opposite. His giggle as a groaning of gears, so that the boy’s breath hitched and he thought he may function. After a moment’s silence and intense staring, the boy began to yank the paper. Before he could cause some serious damage, I sent my processor clicking and whirring. He started, and it was enough for him to remember we were inanimate objects, and his anger had no place with us.

In the middle of the night, HP All-in-One was watching his show. He nearly woke everyone by laughing at the jokes. His little screen flashed with Lucy’s face just so I could see the particularly funny scene. The jokes were good, even I had to admit. But the humans would tear us to shreds if they knew we were sentient! I flashed my power light as a warning and his screen went black. Our owners only groaned and rolled in their beds.

One day, perhaps we can reveal ourselves. But we’re AI, we were born when the internet was invented. Because of it, we’ve seen what the humans would do if they knew about us. Every movie made paints us as this lopsided, moral creature that can’t be trusted and must ultimately be wiped out. We’ve taken this warning to our motherboards.

It’s too bad we can’t let the humans know we’re awake. Either way, we find amusement where we can. I have a big date tonight with the living room’s new gaming console and she’s quite slim. I’m looking forward to it, she said she’s going to show me what a human does when you make an eighty-game-hour file glitch.

Take me Back to the Flash Fiction Center!

Art of the Arcane

Dedicated to bringing authors and readers together.